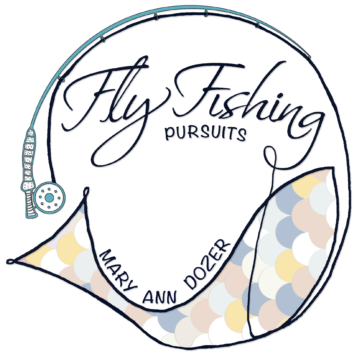 Last week, Dave and  got out  on the Deschutes River to see how the Salmon Flies were doing. I chose to swing soft hackles – with a few grabs but not much action.  Dave chose his 7′  6″  5 wt Freestone Series bamboo rod for the day.  While there were lots of Salmon Flies and Golden Stoneflies on the bushes, and a few flying around, the fish seemed pretty disinterested in them during the sunny afternoon.  Instead, he again caught several nice rainbows on a #18 Tan Lafontaine Caddis drifted towards the bottom.  Dave may have been the only angler on the river during the day who was not throwing big ugly bugs.  But, once the sun went down, the fish turned on to a #8 Clarks Stonefly on the surface.  This pattern has proved to be the most effective adult stonefly for me lately.  Even when the giant Salmon Flies are out, the trout have always seemed to prefer the smaller Golden Stonefly imitation.  Here are a few photos of our day.

I have been guiding the last two days on the Salmon River. The Salmon and Golden Stones are abundant. Fish are starting to sporadically come up for either a Clarks Stonefly or a Chubby Chernobyl. I started to see a few bugs with eggs sacks – with the warm weather coming hoping we’ll get some better surface action. It’s odd but the best bet for subsurface is still small flies. 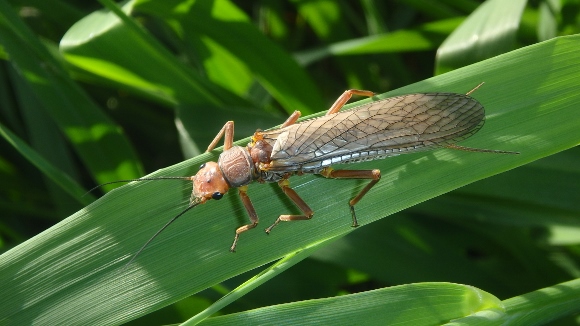 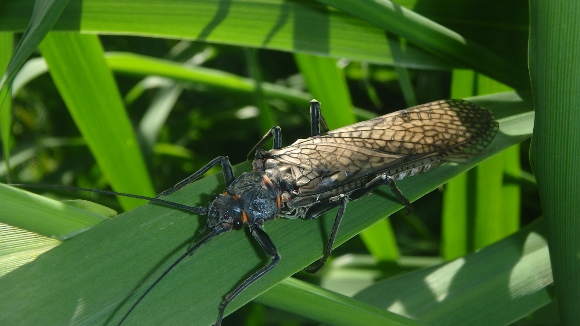 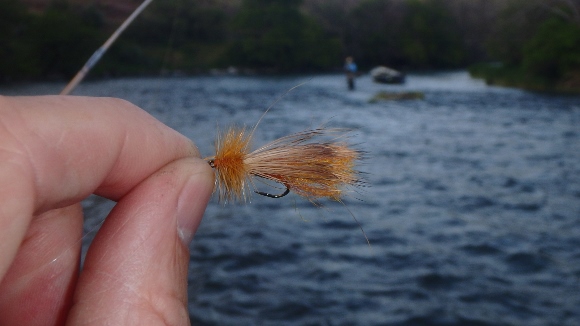 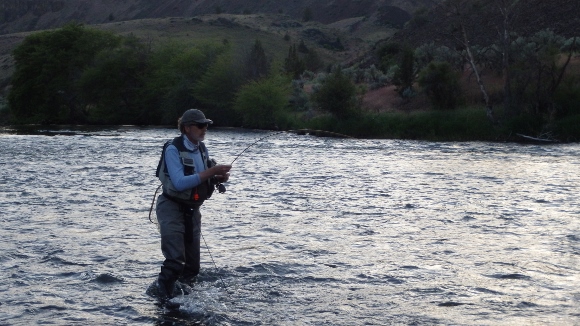 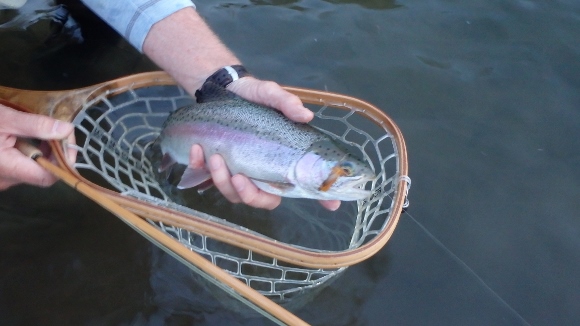 One that came to the net.